Neutron stars and black holes are notorious for their strong gravity that allows them pull gas from their surrounds. However, apart from swallowing material, these stellar cannibals also spit large amounts of it back into space via so-called jets.

Jets are streams of gas and energy that are being blown into space by an astronomical body that is accreting. X-ray binaries are a prime example of accreting systems that produce jets, but these outflows are seen in a wide variety of astronomical systems, including young forming stars, white dwarfs and supermassive black holes that lurk in the centers of galaxies. Jets play a fundamental role throughout the universe, including the birth and death of stars, the growth and evolution of galaxies, and the formation of large-scale structures (the cosmic web).

X-ray binary jets have an enormous impact on a variety of processes. Firstly, jets remove mass from an X-ray binary. This strongly affects how the accreting object and its companion star revolve around each other, moving closer on a timescale of billions of years until they eventually collide and produce a burst of gravitational waves. Secondly, jets slam into the interstellar medium; the gas that fills the space between stars in galaxies and in which new stars are born. As jets plough through the interstellar medium, the gas is stirred up, heated, and magnetized. This affects the birth rate of new stars and how the galaxy evolves over time. Despite their omnipresence and undisputed importance, however, it remains a mystery how and where jets are launched.

Owing to a Klein-XS grant from NWO, a funding scheme recently installed to support high risk/high gain research, we are going to conduct a very exciting experiment that can potentially shed new light on how jets form. Considering that change is a very powerful diagnostic in astrophysics, my co-workers and I are going to test whether jets may be temporarily destroyed and rebuild in response to thermonuclear X-ray bursts.

Thermonuclear X-ray bursts are brief flashes of X-ray emission that result from runaway nuclear fusion reactions in the gas that accumulates on the surface of an accreting neutron star. These explosions have a devastating power of 1032 Joule (equal to 1015 nuclear bombs!), last a few seconds and repeat every few hours. Recent calculations suggests that thermonuclear bursts can blow away the region where a jet is launched. This could cause the jet to weaken or disappear during a thermonuclear X-ray burst, and rebuild once the explosion has passed. If we can truly detect an response of the radio jet to a thermonuclear bursts, this can prove to be a completely new and powerful way to watch in real time how jets are formed.

Jets emit their energy mainly at radio wavelengths, and are best studied at frequencies of about 8 GHz with sensitive radio telescopes. With the awarded NWO grant, we will buy observing time on the Australia Telescope Compact Array (ATCA)  telescope to study the radio jets of a few neutron stars that regularly fire off thermonuclear X-ray bursts. We will perform simultaneously X-ray observations with the Integral satellite to know at what times the thermonuclear bursts are occurring. If we see any change in the radio emission at those times, this implies that the explosions can indeed affect the radio jet. Stay tuned! 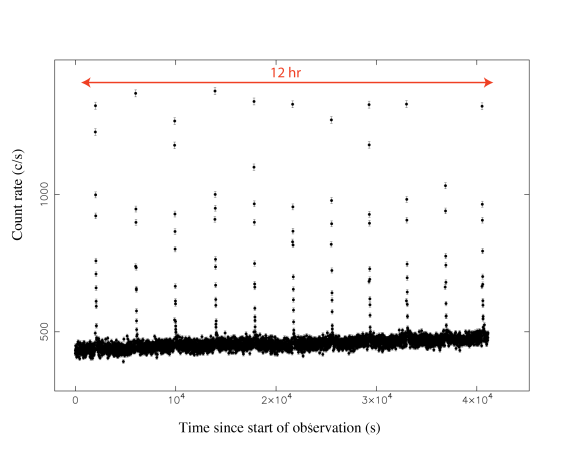