In 1993, the Japanese Advanced Satellite for Cosmology and Astrophysics (ASCA) was successfully launched. This satellite was operated for 7 years (until 2000) and was the first mission that provided X-ray imaging capabilities in a relatively broad energy band (0.3-10 keV). During its lifetime, ASCA carried out two dedicated surveys of the Galactic Center and Plane, where it discovered around 200 distinct X-ray sources.

Up to date, about 1/3 of the ASCA-discovered X-ray sources could not be classified. They have relatively faint X-ray intensities that can trace a variety of Astronomical objects such as strongly magnetized neutron stars (called ‘magnetars’), bright accreting white dwarfs (‘polars’ and ‘intermediate polars’), sub-luminous accreting neutron stars and black holes, X-ray emitting massive stars, as well as foreground stars and background active galaxies (‘active galactic nuclei’).

In 2006, we launched a program to observe 35 of the unclassified ASCA-sources with the Swift satellite. The goal of this program was to study the X-ray spectrum of these objects, to find possible indications of temporal variations in the X-ray intensity and to obtain more accurate X-ray positions that would aid in conducting follow-up observations at other wavelengths (optical, infra-red, radio). With this approach we aim to gain more insight into the nature of the faint unclassified ASCA sources.

With our Swift observations we were able to tentatively identify three accreting compact objects: one likely magnetized white dwarf, one neutron star and one object that is likely a neutron star or a black hole. In addition, we found that three objects are possibly nearby X-ray emitting stars. Finally, we found evidence that two of the ASCA-detected sources likely undergo strong variations in their X-ray intensity, since these were not detected during our Swift observations. 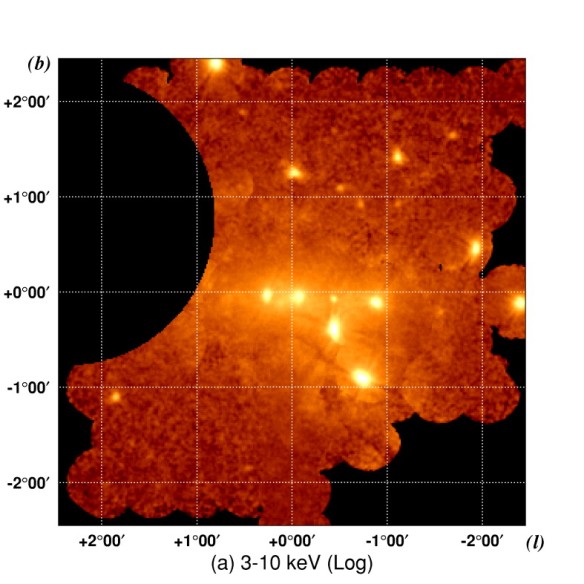